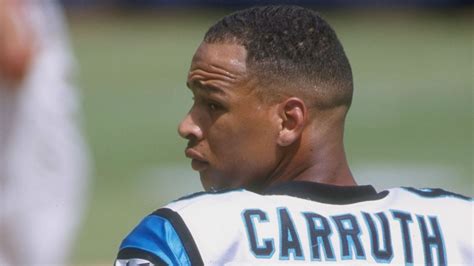 Some people claim that Black women experience disproportionately higher rates of domestic violence homicide due to poverty, income inequality, and distrust of law enforcement…all three factors laid at the feet of systemic racism.

However, none of these things (poverty, income inequality, and distrust of law enforcement) addresses the elephant in the room and answers the obvious controversial question: why are Black men more abusive than other groups of men? If Black women have higher rates of domestic violence homicide, then it is because a higher rate of Black men are abusing them.

The Black collective, academia, the mainstream media, and the fields of science have colluded together out of political correctness and an agenda to portray Black men as perpetual victims. They have worked very hard to remain obtuse and avoid stating the obvious (that Black men have higher rates of abuse) and to avoid exploring intra-racial gender dynamics (such as misogynoir) that factor into why Black men are murdering Black women at a disproportionately higher rate.

Instead of being intellectually honest and saying that Black women experience higher rates of domestic violence homicide because a higher rate of Black men are abusive, violent, and misogynistic, people would rather deflect and shift the focus onto poverty, income inequality, distrust of law enforcement, and systemic racism. It’s more comfortable, politically correct, and socially and culturally acceptable for people to blame White supremacy for Black female domestic violence homicide rates than to look within the Black collective and within the mind of Black men to find the answers.

Since the Black collective, academia, the mainstream media, and the fields of science refuse to explore the reasons why Black men are abusing and murdering their partners and former partners at a higher rate, I will do it.

What if I told you that there is a contingent of Black men who believe that if they don’t want to be a father and pay child support, they have the right to murder the mother of their child and the child, in order to “terminate” child support orders and what they call “forced fatherhood”?

What if I told you that such men overtly encourage other Black men to murder the mothers of their children and the children, as a means of avoiding their responsibility to pay child support and be a father?

What if I told you that there are Black men who view single Black mothers as “terrorists” and view fatherhood and child support as “slavery”? From their twisted perspective, a man who murders the mother of his child and the child is a “hero” who fought for his “liberation” from “slavery.”

What if I told you that Black men are forming online networks (on and off social media) where they congregate in groups and discuss their desire to murder single Black mothers and unwanted Black children?

Did you know that a growing number of Black men desire such a society? They envision a future where Black women, and all women, are too afraid to carry a pregnancy to term and take the father of their child to court for child support. What do they want women be afraid of? Bodily harm (death) at the hands of men.

The Black collective thinks that domestic violence homicides are being committed by ragtag Black men who have “anger issues.” They are unaware of the fact that there is a growing crusade against Black women, and some Black men are actually promoting a dangerous and deadly belief that men have a right to carry out domestic violence homicide as a means of avoiding their responsibility to pay child support and be a father. 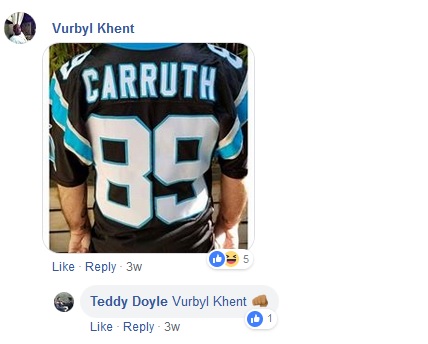 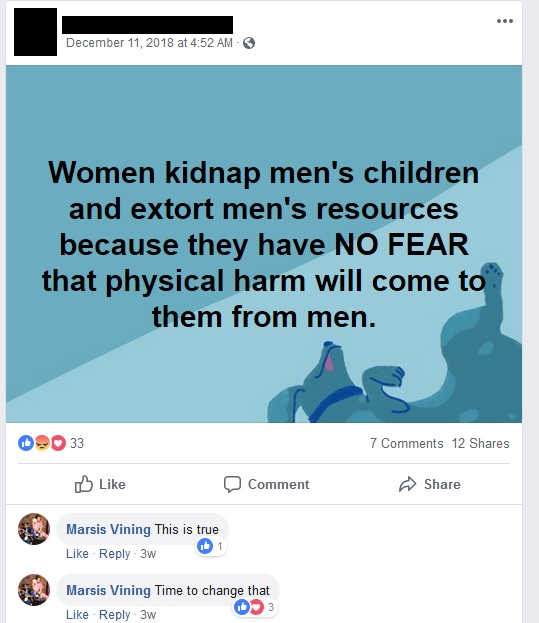 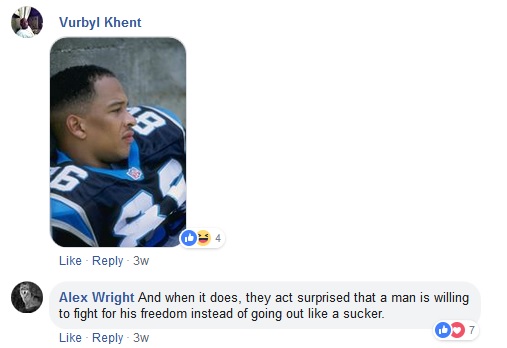 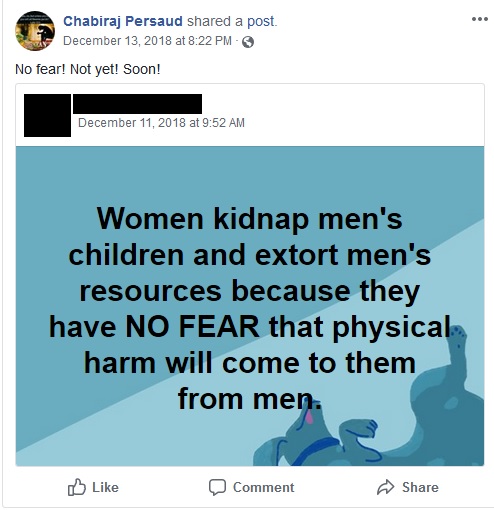 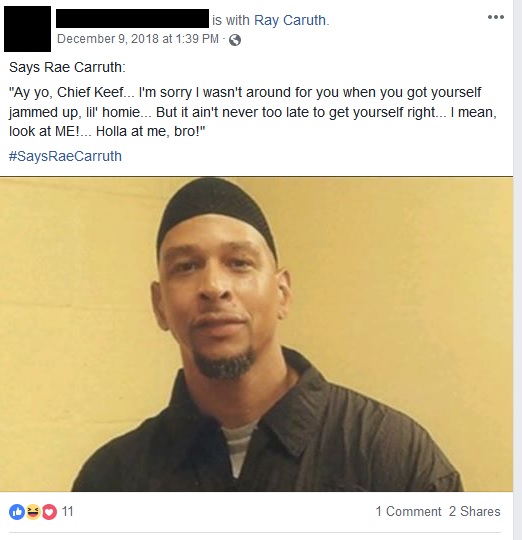 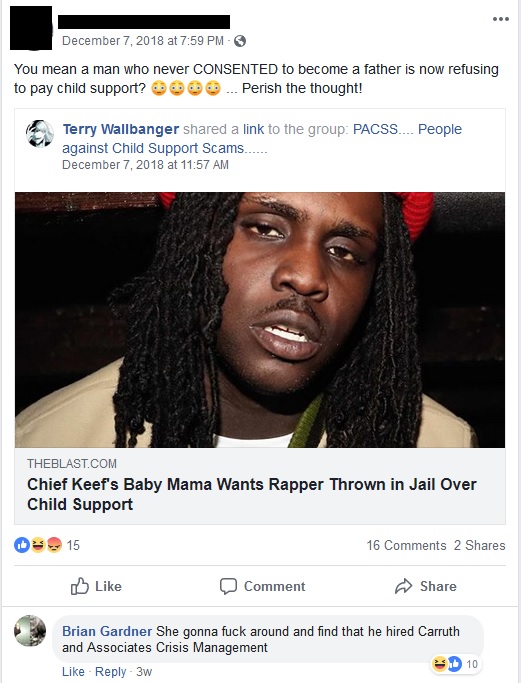 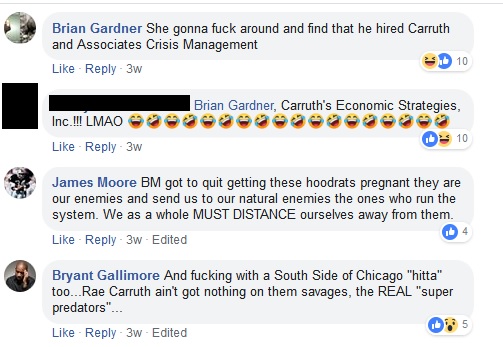 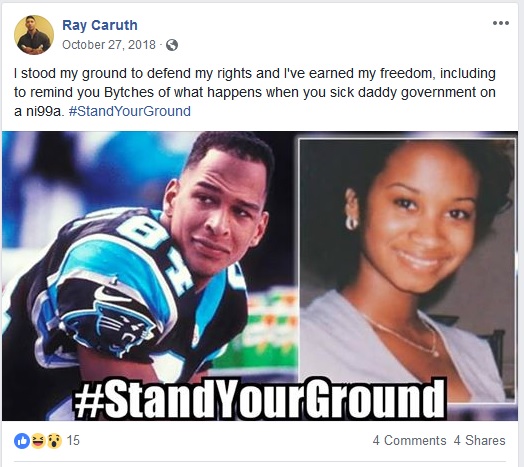 Social media websites such as Facebook are complicit in the spread of this deadly message and hate speech against women. When women report these posts, Facebook says that it doesn’t violate their community guidelines. So apparently, it’s perfectly OKAY for demented entitled men to advocate domestic violence homicide against women in order to terminate child support and fatherhood. Maybe if these men were misgendering transwomen by refusing to call them by their preferred pronoun, Facebook would take down their posts for “hate speech.”

The receipts above are just the tip of the iceberg. There aren’t enough hours in the day to sit at my computer and gather receipts of Black patriarchalists advocating domestic violence homicide against Black women in order to avoid child support and fatherhood.

There were so many sick, vile, murderous comments from Black men, I didn’t have enough time to screenshot them all.

Keep in mind, these are the same men who believe that they have the right to rule over women and women should submit to them without question. Social media has provided them with a tool to network, organize, and spread their misogynistic male supremacist poison to other men and Pick Me women.

While most people blame the disproportionate rate of domestic violence homicide in the Black collective on systemic racism, they ignore the growing crusade of Black men who seek to avoid responsibility by intimidating women using abusive fear tactics and encourage violence against Black women as the solution to terminating child support orders and “liberating” themselves from “forced fatherhood.”

When a Black woman (and her child) are murdered in a domestic violence homicide, it isn’t a “random act of violence.” It is strategic, and it is based on a patriarchal belief-system in which women are expected to bow down and do whatever men want, even abort their own child out of fear of bodily harm and against their wishes.

People love to sit around and bash Black women for getting abortions. But they have no idea that some Black women are getting abortions out of coercion, intimidation, and threats of injury or death. They are afraid of getting killed by an abusive partner who seeks to avoid responsibility for his actions.

Very few, if any, in the mainstream media will speak on this dangerous element within the Black collective and the Black Patriarchy Movement, but it is an issue that needs to be addressed. Black patriarchalists are on social media changing their profile pic to photos of Rae Carruth, because they view him as a hero of “men’s rights”, and no one is saying anything…..

Well, I am saying something about it and providing documentation of this dangerous element within the Black Patriarchy Movement. Men who condone, encourage, and advocate violence against women are the terrorists, not women who carry pregnancy to term and seek financial provision for their children.